Orthodontics is a specialised field of dentistry that is concerned with the bite – in other words, the alignment and position of the teeth in relation to facial structure.

Orthodontics is a specialised field of dentistry that is

concerned with the bite – in other words, the alignment

and position of the teeth in relation to facial structure.

An improper bite, or a malocclusion, not only affects appearance but can also indicate jaw dysfunction or problems with underlying bone structure, including overbite, underbite, cross-bite, and crowded or impacted teeth.

This field of dentistry is most commonly associated with retainers and with a specialised dental apparatus known as dental braces. There are several kinds of braces, including Invisalign® clear aligners and traditional metal braces. They all have the same purpose: to gradually move the teeth into the desired position.

To qualify as a registered specialist orthodontist in Australia, practitioners must first have the same degree as a general dentist, with honours. They then study for a further three to four years for a Masters degree or equivalent specific training in orthodontics, making them eligible to apply for registration with the Dental Board of Australia as a specialist orthodontist.

Never assume that an orthododontist is a registered specialist; always check on the website of the Australian Health Practitioner Regulation Agency (AHPRA).

When you are seen by a registered specialist orthodontist you can be assured that they are fully qualified to meet your particular orthodontic needs.

You don’t need a referral to see any of our orthodontists. Please call us on (03) 9650 2726 to discuss your needs and make an appointment. We look forward to being of service to you. Dr David Austin graduated from the University of Melbourne in 2004 with a Bachelor of Dental Science after which he practised various general and specialist orthodontic clinics in Melbourne and worked part-time for the Australian Defence Force.

In 2007, he began specialist training in orthodontics at the University of Hong Kong. He then moved to Shanghai, China, where he worked in one of the city’s most famous clinics, treating expatriates from all over the world. Dr Austin offers treatment for children and adults.

Dr Austin is a member of the Royal College of Surgeons of Edinburgh in orthodontics, the World Federation of Orthodontists, the European Orthodontic Society, the Hong Kong Society of Orthodontists and the Australian Dental Association. His work has been published in one of Europe’s leading orthodontic journals. Dr Phatouros then worked in specialist private practice in Perth, where she also continued teaching in Orthodontics for both the undergraduate dental program and the postgraduate orthodontic program. She is a Fellow of the Royal Australasian Society of Dental Surgeons. 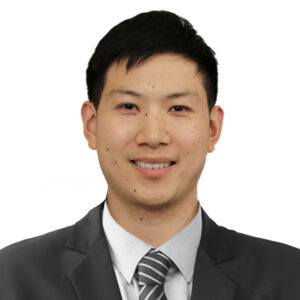 Dr Joshua Ch’ng graduated with a Bachelor of Dental Science degree from the University of Melbourne in 2013.  He gained fellowship with the Royal Australasian College of Dental Surgeons in general dentistry in 2017 and was awarded the Kenneth Sutherland prize for achieving the highest marks in General Dentistry.

Joshua returned to the University of Melbourne to undertake specialisation in the field of orthodontics in 2018.  During his training, he travelled to Michigan to work on a collaborative research project with the Dental and Craniofacial Bionetwork for Image Analysis (DCBIA) in the area of 3D image analysis.  He has since presented his research findings at conferences organised by the Australian Society of Orthodontists and the European Orthodontic Society.

Joshua has an interest in digital orthodontics and clear aligner therapy.  In addition to his native English, he also converses in Mandarin. 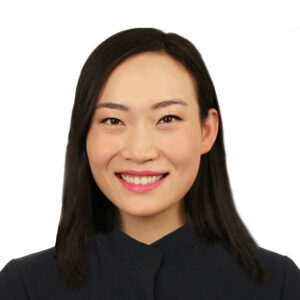 Dr Katie Xu obtained her general dentistry degree from the University of Melbourne in 2013, graduating with first-class honours. While there, she has received numerous scholarships and awards including the Cato Graduate Scholarship and the Des Crack Memorial Prize for the highest marks in Paediatric dentistry and Orthodontics.

Dr Katie’s interests lie in clearly understanding her patient’s orthodontic concerns, their wants and their lifestyle requirements. Together with a detailed assessment, she will provide the most appropriate treatment plan to achieve a beautiful smile. She is skilled in all types of orthodontic treatment, including aesthetic treatment options such as Invisalign® Clear aligners and clear, ceramic braces. 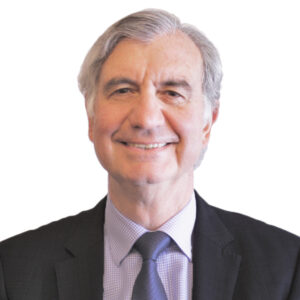 Dr Stephen Bajada spent thirty-five years working as a specialist orthodontist in private practice in South Australia, before joining Smile Solutions, including eleven years as visiting consultant orthodontist at the Women’s and Children’s Hospital in Adelaide.

During that time he continued to develop his skills, broaden his knowledge and employ the latest technology backed by documented research and clinical trials. Steve has delivered some fifty lectures – including at dental schools as part of his undergraduate and postgraduate teaching positions, and at state, interstate and international meetings.

Dr Stephen regularly attends conferences and is a member of Australian Society of Orthodontists, European Orthodontic Society and a Fellow of International College of Dentists. He has always believed in putting the interests of the patient first. His goal is to achieve the best realistic outcomes while at the same time addressing patients’ concerns.

Dr Stephen will always consider all the options for treatment, including metal and clear braces, Invisalign, lingual braces, and plates. Interdisciplinary cases are of great interest to him and he always enjoys participating in planning meetings between dentist and / or specialist to achieve the optimum result for the patient in each case.